As seen in :  Bloomberg — May 3, 2019 By Katherine Chiglinsky, Sophie Alexander, and Tom Metcalf

Bill Child entered negotiations to sell his business to Warren Buffett armed with a crucial piece of advice: Try to get some Berkshire Hathaway Inc. stock as part of the deal.

“That was one of the best decisions I’ve ever made,” said Child, who sold R.C. Willey Home Furnishings for Berkshire shares in 1995, when the stock was trading around $24,000. Those shares would now be worth roughly $2.5 billion – or about a 14-fold increase – if the family hadn’t sold some of its stake, according to calculations by Bloomberg. 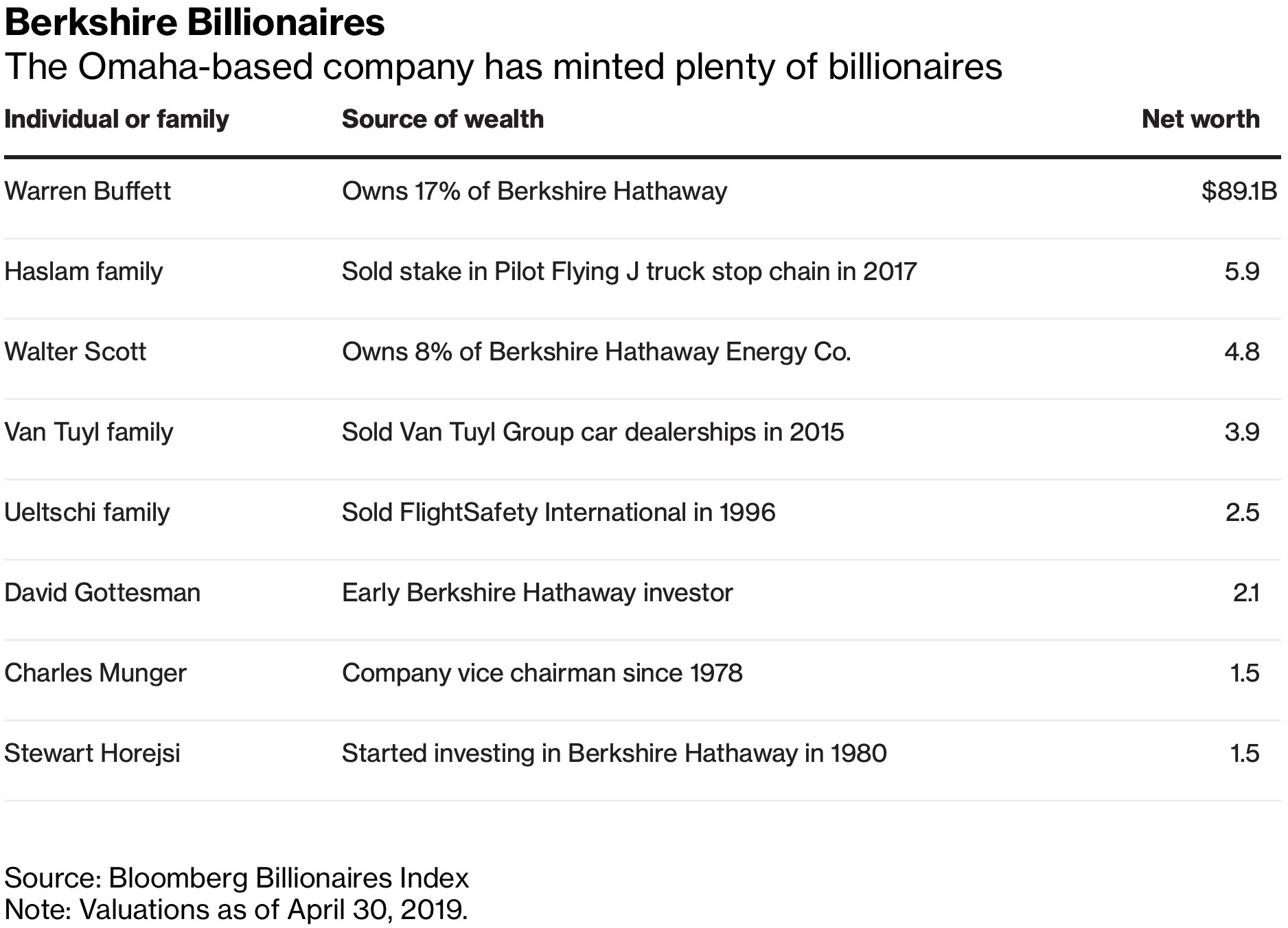 Woven into Berkshire’s history are the stories of the business owners who helped make Berkshire the sprawling behemoth it is today and the shareholders who’ve stuck by Buffett, many of whom will flock to Omaha, Nebraska, this weekend for the firm’s annual meeting. 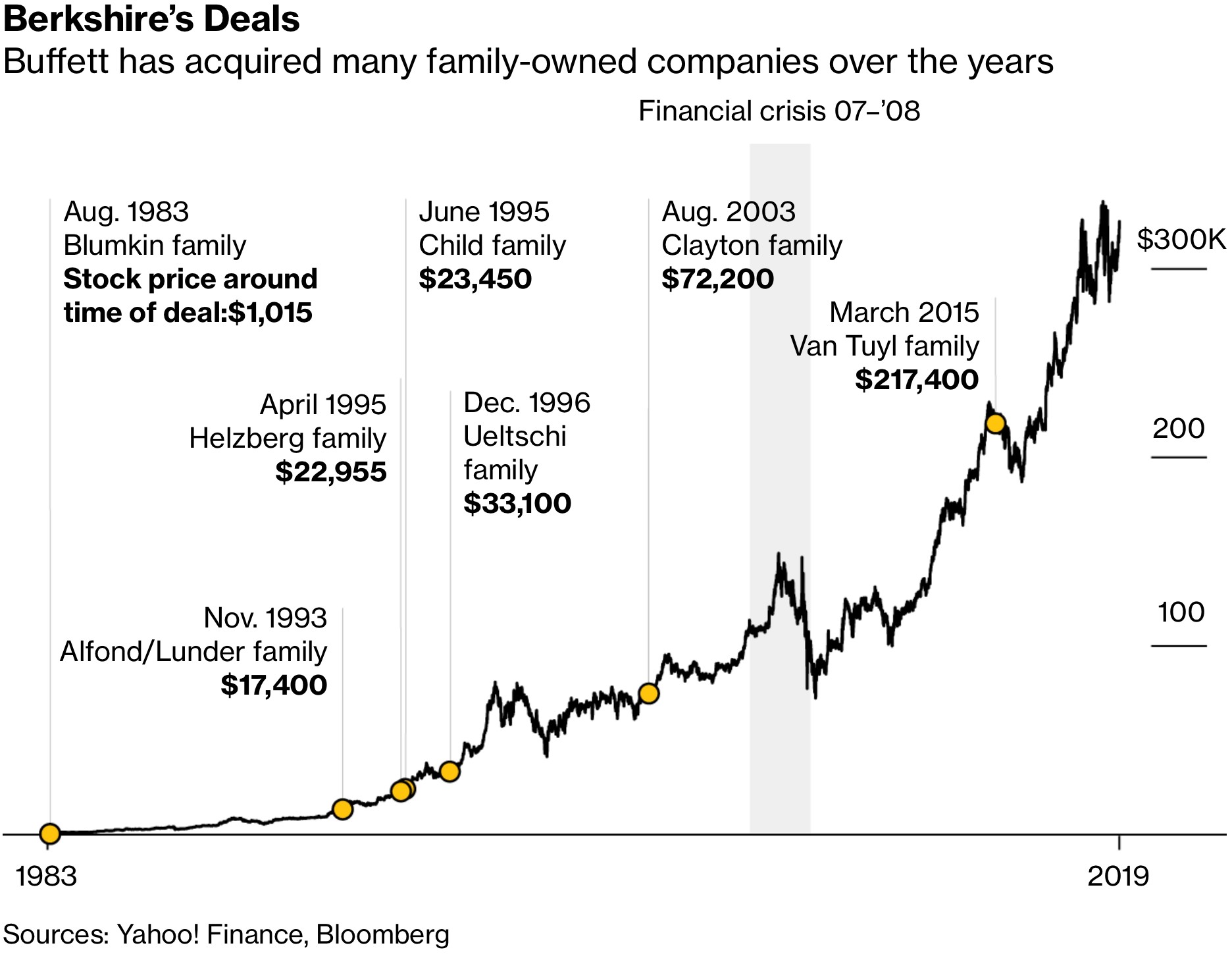 Buffett and business partner Charles Munger have taken Berkshire Hathaway from an ailing textile firm to a $531 billion company with businesses ranging from insurer Geico to fast-food chain Dairy Queen to railroad BNSF. The transformation hasn’t just made Buffett the fourth-richest person on the planet. It has also helped create at least seven other billionaire fortunes, ranging from Munger to faithful early investors to families behind the businesses he’s acquired, according to the Bloomberg Billionaires Index.

The climb hasn’t always been smooth. Berkshire shares were punished in the wake of the 2008 financial crisis, and the stock has returned less than the S&P 500 Index over the past decade. But investors sticking around since 1964 have seen a staggering gain of 2,472,627 percent, or roughly 165 times more than the benchmark. A $10,000 investment 55 years ago would be worth more than $170 million today.

“The people who were wise enough to say ‘He’s been amazing, his track record is phenomenal, I’ll just do what he’s doing’—those are the ones who obviously succeeded the most over time,” said Darren Pollock, a portfolio manager at Cheviot Value Management, which oversees $380 million including Berkshire Class B shares.

Buffett has a penchant for buying family-owned businesses and keeping existing management in place after bringing them into the Berkshire fold. “When we get somebody who is a .400 hitter we don’t start telling them how to swing,” he has said.

Kevin Clayton, who leads the business his father Jim Clayton built, said the arrangement with Buffett has helped the company when it sought to expand and boosted the family’s ability to donate to local causes, including the Knoxville, Tennessee zoo and a science center.

“The vast majority of our net worth would have been tied up in Clayton Homes, so there’s no way we would have been able to contribute philanthropically at these kinds of levels,” Clayton said. 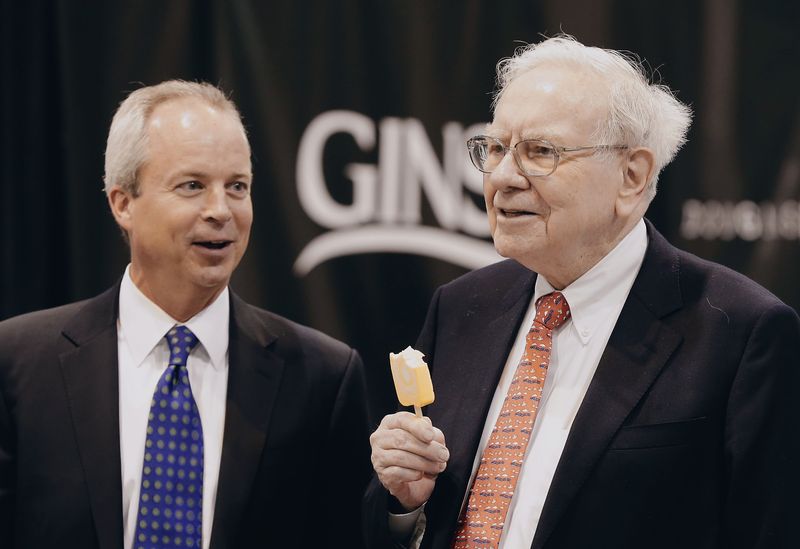 Then there were business owners who received the added benefit of stock, such as the Childs, the Helzberg jewelry store family or the Alfond and Lunder families of Dexter Shoe Co. While Buffett has long preferred to pay cash for companies, he has said that Berkshire would consider issuing shares when it receives as much in intrinsic value as it gives. For those who made such deals and have hung on to their stakes, it’s paid off. 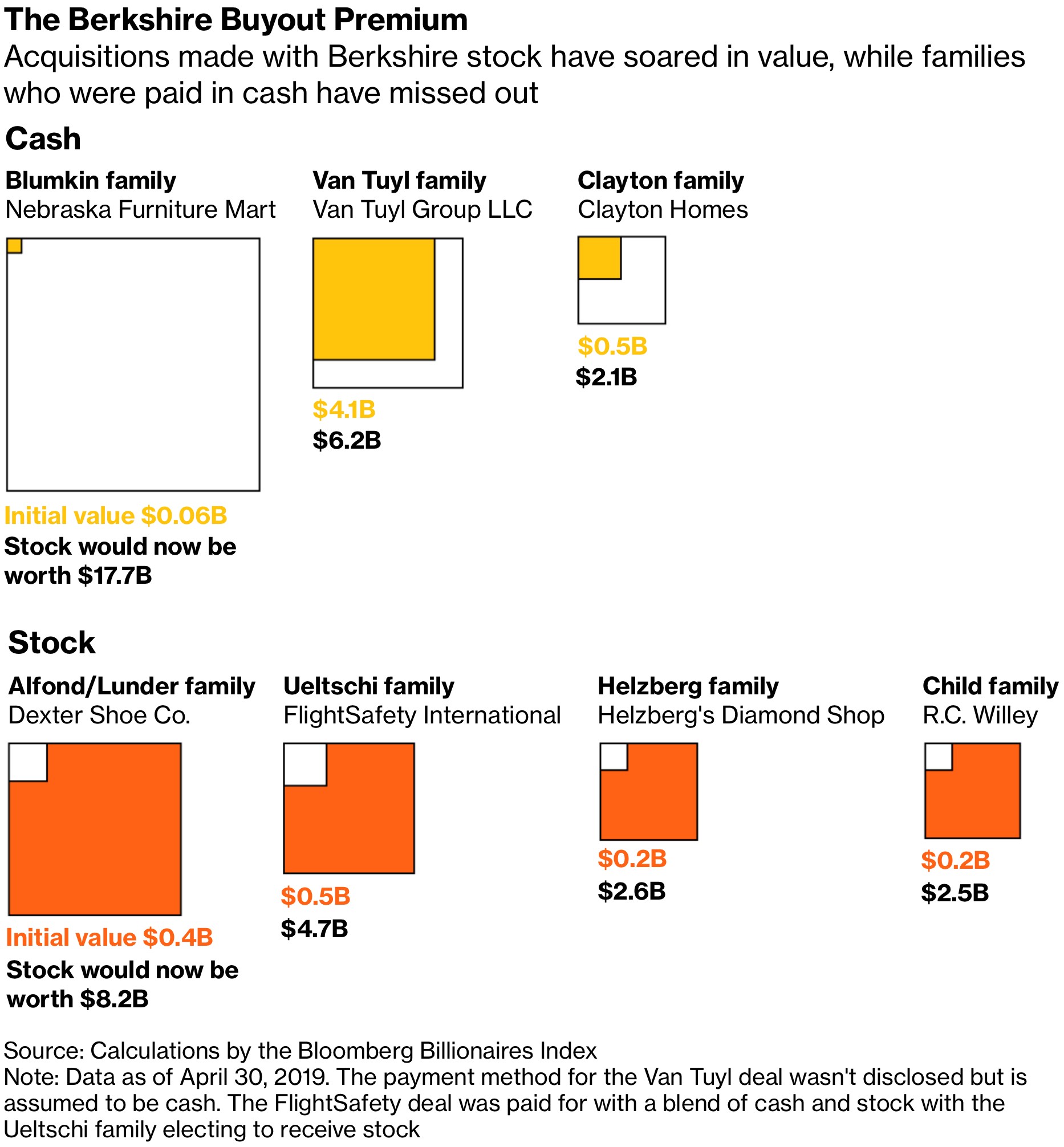 The 25,203 shares of Berkshire stock Buffett used to buy Dexter in 1993, for example, would now be worth about $8 billion.

Barnett Helzberg Jr., who struck a deal with Buffett after running into him on a New York street and telling him about the business, declined to say how much Berkshire stock he owns. But he said Buffett’s inclination to stick with businesses long-term is an attractive draw for family-run companies.

Financing acquisitions with stock, while attractive to the sellers, hasn’t always panned out for Buffett. The 88-year-old investor said Dexter was the “worst deal” he’s made. After first failing to properly assess the business’s competitive advantage, he compounded that mistake by using Berkshire stock, Buffett wrote to shareholders.

Irv Blumkin, who’s the grandson of Nebraska Furniture Mart founder Rose Blumkin and whose family advised Child to hold out for Berkshire shares, declined to comment. Attempts to reach Peter Lunder, as well as relatives of the late Daniel Monen, Van Tuyl and a foundation associated with Al Ueltschi were unsuccessful. Berkshire didn’t respond to a message seeking comment left with Buffett’s assistant.

Part of the Berkshire aura has been the loyal shareholder base—called “co-venturers” by Buffett—that has benefited as the firm grew. Some, like Monen, got in on the ground floor when Buffett was running his partnership and stuck around as the investor began assembling Berkshire’s many parts. Others such as Stewart Horejsi jumped in later, but ended up accumulating large Berkshire stakes.

The historical returns Buffett’s delivered over the years is the big reason why so many will make the pilgrimage to Omaha for the firm’s annual meeting Saturday.